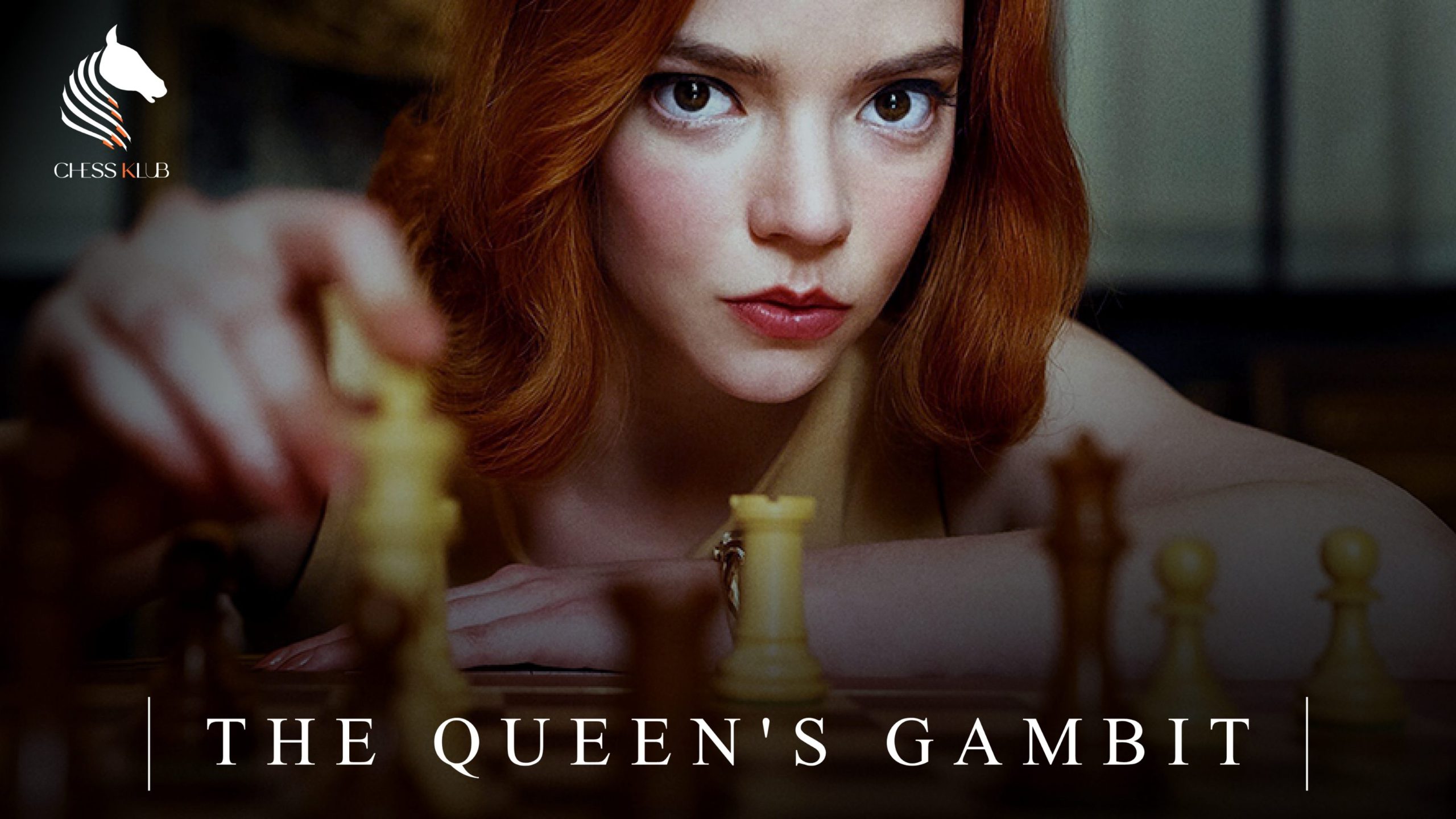 Aristotle once said – “No great genius has ever existed without some touch of madness”. The theme of the recent Netflix mini-series – The Queen’s Gambit, based on a novel written by Walter Tevis in 1983, set in the 1960s, revolves around this sentiment.

The show is about a fictional character named Elizabeth Harmon, portrayed by the Argentine- British actress – Anya Taylor Joy. Elizabeth or as she likes to call herself, Beth loses her biological mother in a car accident at the age of nine and is sent to an orphanage where she meets the custodian, Mr Shaibel, who introduces her to the magical world of chess.

Beth, being a gifted student, picks up the game very fast and soon becomes very good at it.

At the orphanage, Beth would get some tranquillisers that she saved for the nights where she visualised a chessboard on her room ceiling. This is a common phenomenon with many passionate chess players who often seem to see their losses or bad moves on their ceilings at night before sleeping.

At the age of fifteen Beth gets adopted by Mr and Mrs Wheatley and finds herself playing her first-ever chess tournament. As a young woman, with no rating or reputation, Beth faces a lot of slack as women in the 60’s did not commonly play chess. Like a true underdog, Beth defeated all her opponents at this tournament including the then State Champion, Harry Beltik, and creates a name for self-making her the new hot topic in the Chess World in the United States. The show then sees Beth travel with Mrs Wheatley across the country to play a lot some major Chess tournaments where Beth not only makes money but also acquires a great deal of fame.

Some of the most exciting matches played by Beth in the show are against the US Open champion Benny Whatts and the Russian Grandmaster and world champion Vasily Borgov. However, marvellous these characters and their games seemed, these characters were all a work of fiction but managed to portray the intensity and finesse of real grandmasters.

Even though chess is the main centre of the show, the show also talks about the flip side to the gifted mind. Beth was so gifted that she would study openings, tactics and her games, till she could perfect everything.

When a genius like this loses a game, it will not be taken well.

As a coping mechanism and having chosen to be alone, Beth finds herself using alcohol, tranquillisers and other substances to cope with her mind and her losses.

When your mind is sharp enough to create a stir across the world, it is very hard for someone else to control your mind.

The same way, Beth chose to drown herself and her heartbreaking losses into the pit of substance abuse till an old friend from her orphanage comes to her rescue. It is not uncommon to hear about chess players taking an edgy path at some point in their lives. Bobby Fischer is said to have disappeared multiple times from competitive chess and had an extremely erratic behaviour causing the US government to issue an arrest warrant against him.

Although he contributed a great deal to the game, he was deemed crazy by the end of his career.

Beth decides not to end her career that way as she realises that chess was the only thing keeping her sane. She decides to play in Russia in the final episode called ‘ End Game’ which is also an irony as, throughout the show, the commentators and Beth mention that she has a relatively weak end game. All her friends from her chess circles who she left behind decide to help her together to play her one final game.

The show is a must-watch for all the chess lovers out there but is also a shoutout to all the women and underdogs who put themselves out there and are misinterpreted as not good enough because of who they are or where they come from. The men in the 60’s believed that they and their minds were far superior from that of women in this game; in fact, tournaments barely saw any female participation.

Beth, who arose with no significant training, crushed this belief, single-handedly with her passion and drive. This show might be a work of fiction, but women in many walks of life, live this story every day.

Ironically, most of the male grandmasters in the world, in the past, and today choose the Queen’s Gambit as their favourite opening when they play white, and this opening is also considered the best opening in the world.

The opening begins with white moving the queen pawn two squares to d4, which can be either declined or accepted by black. A decline of the queen’s gambit usually leads to a closed game, making the opening and middle game incredibly interesting.

The show beautifully portrays Beth’s dedication, passion, drive and her grace as a chess player.

She truly is like a queen on the chessboard, moving freely everywhere she wants and creating havoc wherever she went. Beth may not be a real person, but incredible chess players like Judit Polgar, Hou Yifan, Koneru Humpy, Susan Polgar and many others are the true queens of the board. They have proven to be great players despite all the obstacles they have faced.

As a chess player, a woman, and someone who can see the chessboard on her ceiling, everyone needs to watch this show, not only for the love of chess but to be reminded that with passion and conviction every individual can use their gift to contribute to this world. And for those of you who do not play chess yet, it is not just a game, it is a lifestyle, you may not win all your battles in the world, but the chessboard allows you to analyse your mistakes and gives you a rematch.

The sixty-four squares make the world seem a lot smaller and a lot more comfortable giving you a fair chance at winning, even if life does not.