Posted at 21:07h in Chess Basics by Sanjana Chandan
0 Likes Each piece has an assigned numerical point value depending on whether the piece is a short-range piece or a long-range piece; i.e, the value depends on the number of squares on the chessboard the piece can cover.

At the beginning of the game, each player has One King, One Queen, Two Rooks, Two Bishops, Two Knights and Eight Pawns. 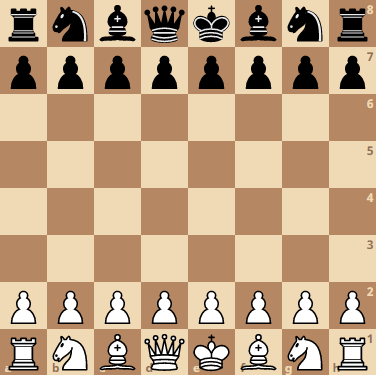 Let’s take a look at a detailed explanation of each of these pieces. 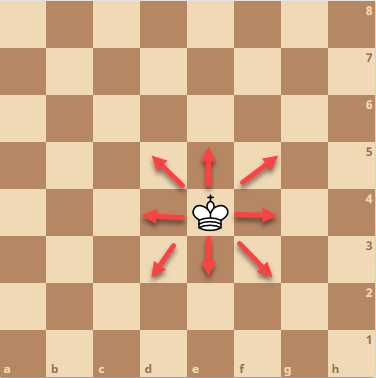 The King is the most important and integral piece on the chessboard and usually, all chess strategies are based around protecting your own King and attacking the opposite King. If you trap the opposite King, it is called a checkmate, which means, you won the game. 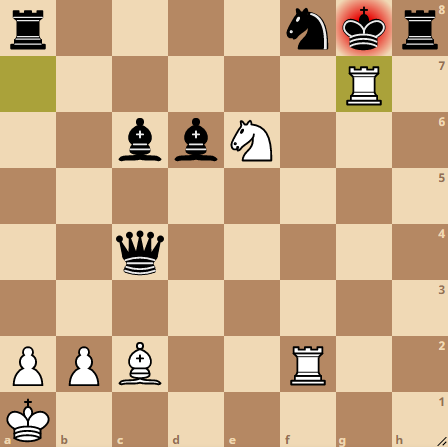 There can be no specific numerical value assigned to the King hence alot of masters believe that the King is infinite in value. The King is placed on the e file on the first rank, to the right side of the Queen, at the start of the game. The King can move in all directions but can only move one square at a time. If any piece attacks the King, i.e, if the King comes in the range of any of the opposite colour pieces, the King is under a “check.” 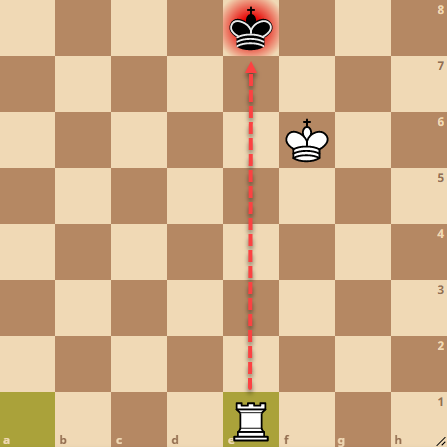 It is also important to note that a King cannot be placed at a square exactly next to the opponent’s King. Finally, the King can make a special move called castling where it jumps a square on either side when there are no pieces between the King and the Rook on that side, and the King hasn’t moved to any square in the course of the game. To add to this, the King cannot castle when under Check. 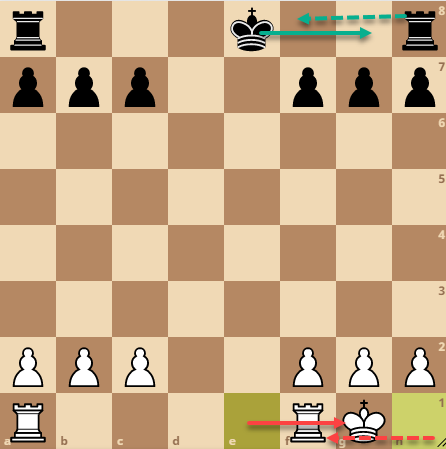 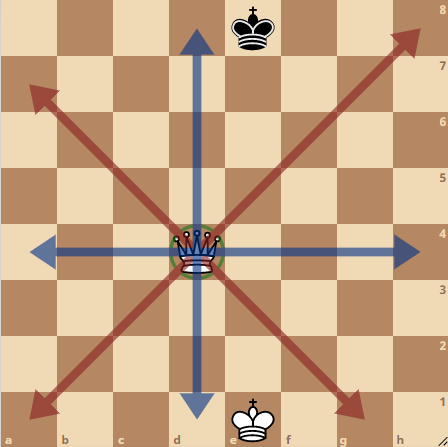 The Queen is considered to be the most powerful piece on the chessboard with the highest calculatable numerical value of 9 points. The Queen is a long-range piece that can move in all directions but cannot jump over any piece and can cover as many squares as it wishes to. The Queen is an exceptionally strong Queen, hence protecting and actively using your Queen is very important in a game of chess.

The Queen is a piece with the crown situated on the ‘d’ file between the King and the Bishop. This piece moves horizontally, vertically and diagonally and can capture pieces as well. The Queen cannot perform any special moves but can lodge a strong attack on the opposite King.

Masters believe that Queen shouldn’t be brought out too early into the game as it can be easily attacked by opposite minor pieces that are developing in the Opening. Hence, at the beginning of the game, the King and Queen both are protected by the surrounding pawn structures and minor pieces. The Rook represents the elephant on the board and is worth 5 points. It is a long-range piece where the Rook moves in a straight direction vertically and horizontally. Both White and Black have two Rooks each placed on the edge of the board, that is the ‘a’ and ‘h’ files. The Rook can move forward, backward and sideways and students find it easiest to learn the motion of the Rook.

The Rook on the Kingside takes part in Kingside castling with the King where it jumps two squares and the Rook on the Queenside takes part in Queenside castling where the Rook jumps three squares. The Rook looks like a pillar of a castle and is beside each Knight protected by a pawn in front of it. The Rook is a very aggressive piece and proves to be extremely strong when it gains control of a file. 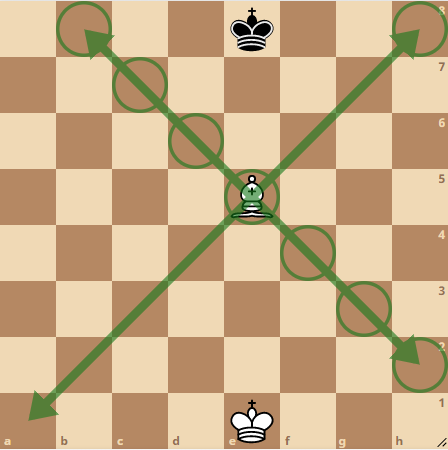 The Bishop is a long-range piece that moves diagonally and can cover as many squares as possible without jumping over a piece and can capture pieces along the way. Each player has two Bishops and one is placed on the ‘f’ file while the other is placed on the ‘c’ file. The Queenside Bishop is located between the Queen and the Queenside Knight while the Kingside Bishop is located between the King and Kingside Knight.

The Bishop is worth three pawns, just like the Knight but is slightly stronger as it is a long-range piece. Further, the Bishop represents the Camel on the chessboard and one Bishop moves only across light squares, called the light-squared Bishop while the other moves along the dark squares and is called the dark-squared Bishop. The Bishop controls the most number of squares when located in the centre of the board. The Knight represents the horse on the chessboard and the chess piece looks exactly like the horse. It has a special power as the horse can jump over pieces and moves two and a half squares ahead, behind and sideways. To make it simpler the Knight forms an ‘L’ shape with its movements and is an integral part of the opening and development.

The strategically best place for a knight to be is on a central square and one should always avoid the Knight being at the edge of the board. The Knights are also valued at 3 points but are considered slightly weaker compared to Bishops as they are short-ranged pieces. Each player gets two knights, one on the Queenside and one on the Kingside, between the Bishop and the Rook, on the ‘b’ and ‘g’ file. Every player gets eight pawns each and each pawn is valued at 1 point each. The pawns represent the soldiers of the army that stand in front of all the pieces on the second rank on each side to guard the more valuable pieces. The pawns can move two squares forward on the first move and then move one square at a time beyond that in the forward direction only. Although pawns move forward, they capture pieces diagonally on the next square. The pawn has some special features: Finally, pawns are the most important pieces in the opening as they are the key aspects of initial development in the game.

Knowing about all the pieces and their point values is integral to understanding the fundamental concepts of the game and we hope every individual new to this Black and White world found the information provided in this article to be useful.