Posted at 12:17h in Chess Strategies by klubventures 0 Comments
0 Likes

What is the Bowdler Attack?

The Bowdler Attack is a line where White plays Bc4 as a response to Black’s c5. This line is not very beneficial for White and is usually not played by Grandmasters. Usually, players who do not know how to tackle the Sicilian Defense play Bc4 on the 2nd move. After e4 and e5, the conventional king pawn game, c4 is a very good square for the White Bishop; hence some players believe it should always be on the c4 square in every opening. Black’s pawns can easily attack the Bishop on c4 by d5 or b5 after e6 or a6. 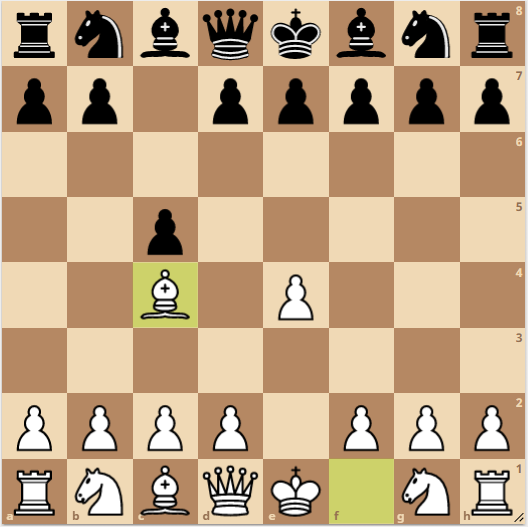 Why do people play the Bowdler Attack?

Beginners are usually familiar with a symmetrical opening where the White Bishop goes to c4. Beginners who are unaware of how to tackle the Sicilian Defense might play Bc4 as a response to c5.

Main Line – How to play against the Bowdler Attack

e6 is Black’s best response to Bc4.

In case White plays something like d3, Black can directly play d5. exd5 and exd5 will follow this, and the White Bishop will have to move to b5. Black has a pleasant choice between Bd7 and Nc6 to protect the check. If Black plays Nc6, then Black has options ahead like Nf6 and Bd6 to develop the pieces. Black has an advantage here.

Here are the notations: So White has to stop d5. Instead of d3, White can play Qe2, pinning the pawn on the ‘e’ file, so in case Black plays d5, and White plays exd5, Black will not be able to play exd5 because of the pin. Since Black cannot play d5 immediately, Black can develop the Knight by playing Nc6.

Instead of Nf6, Black can even play Nge6. White can then castle, followed by Black’s g6, White’s Nc3, Black’s Bishop to g7, and White’s d3. Black can then castle kingside, and now that the Black king is free of the Queen’s pin, Black can play d5 on the next move. The notations for this are as follows: Black can now play d4, Be6, or Bd7. Black also has some central advantage with the pawns on the ‘d’ and ‘c’ files being very strong and active, while White’s pawns are passive. The notations for this line are as follows: 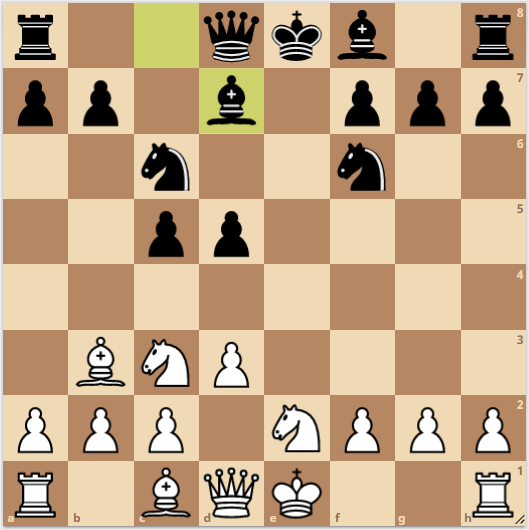 In this line, Black plays d6 instead of e6 on the second move. White can now play Nf3, and Black can play Nc6. White can then castle, and here if Black does not play Nf6 and attack the pawn and plays a move like e5 instead, the Bishop on c4 would have the f7 diagonal. White can now play c3 with the idea to play d4.

If Black plays Nf6 here, then White can play Ng5, and this position looks similar to the Italian Game. To stop Ng5, Black would have to play Be7 before playing Nf6. The notations for this are as follows: Here, White has an advantage as the White Bishop is very active, the pieces are developed, and the White King has castled. White would want Black to play d6 instead of playing e6 on the second move, giving White an advantage.

If White plays e6, after d6, instead of e5, White can castle followed by Nf6, Nc3, a6, and White can now play d4. If Black plays cxd4 and White does Nxd4, the game can transpose into the Sozin Attack, Bobby Fischer’s favorite line.

The notations for this are: The following are the statistics according to: https://old.chesstempo.com/gamedb/opening/2032.

Posted at 20:37h in by klubventures 0 Comments
0 Likes